Rik Boskamp is a constant target of snarky kids from the neighbourhood. When his dad gets a job in another city, he sees the move as an opportunity for a new start. He completely changes his dressing style and behaviour and convinces his new friends that his father is a mafia boss. However, Roderick from Rick’s former class arrives in the neighbourhood. Will he expose him? This charming and entertaining comedy about the relationship between father and son won the Children’s Jury Award for Best Film and the Audience Award at the 2016 KinoKino festival. 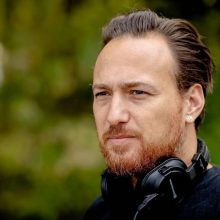 About the director Arne Toonen

Dutch director. His debut feature Dik Trom (2010) won a number of awards. He also directed the crime film Amsterdam Vice (2019), about a detective based on the most successful Dutch literary franchise. Toonen is also the author of the award-winning online game 20Lives. Co-founder of production company Hazazah Pictures.